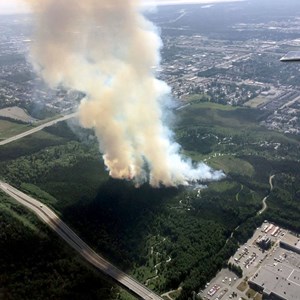 Wildfire is a major concern in the wildland-urban interface (WUI) of all three communities, which are surrounded by flammable spruce forests mixed with deciduous and alpine vegetation.

Over the past two decades the frequency and size of wildfires have increased in Alaska and the Yukon. That coupled with the expansion of homes into the wildland urban interface (WUI) has increased wildfire risk in many communities. In the last decade, MOA and FNSB have had large fires within their boundaries, while Whitehorse has been described as “at the edge of a blowtorch”.